If you're looking for a reliable moving service in Birkenhead then your search is over! Van Man Hire are proud to provide a professional, fully insured and low-cost moving service to the people of Birkenhead and surrounding areas.

Unlike the larger moving companies such as Pickfords and Britannia, using Van Man Hire for your removals service in Birkenhead often works out half the price of what you would have paid with them. Click the prices links from our menus for a detailed list of our pricing structure and then compare them with the bigger removal companies to know for certain that Van Man Hire is the best choice!

Distanced from the Industrial Revolution in Liverpool by the physical barrier of the River Mersey, Birkenhead retained its agricultural status until the advent of steam ferry services. In 1817 a steam ferry service started from Liverpool to Tranmere and in 1822 the paddle steamer, Royal Mail, began operation between Liverpool and Woodside.

Shipbuilding started in 1829. An iron works was initially established by William Laird in 1824 and was joined by his son John Laird in 1828. The business eventually became Cammell Laird. Notable naval vessels built at Birkenhead include HMS Achilles, HMS Affray, CSS Alabama, HMS Ark Royal, HMS Birkenhead, HMS Caroline, Huáscar, the pioneer submarine Resurgam, HMS Thetis (which sank on trials in Liverpool Bay during sea trials, and was refloated and commissioned as HMS Thunderbolt, only to be lost to enemy action with the loss of the entire crew), HMS Conqueror and HMS Prince of Wales. Merchant vessels were also built such as RMS Mauretania and RMS Windsor Castle.

In September 1932 thousands of unemployed people protested in a series of demonstrations organised by the local branch of the National Unemployed Workers Movement. After three days of rioting, police were brought in from elsewhere to help quell the rioters.

In addition to the ferries and the railway, the Queensway road tunnel opened in 1934 and gave rapid access to Liverpool. This opened up the Wirral Peninsula for development, and prompted further growth of Birkenhead as an industrial centre. Bolstered by migration from rural Cheshire, southern Ireland and Wales, the town's population had grown from 110 in 1801 to 110,912 one hundred years later and stood at 142,501 by 1951.

Birkenhead is a town within the Metropolitan Borough of Wirral in Merseyside. Historically in Cheshire, it is on the Wirral Peninsula, along the west bank of the River Mersey, opposite the city of Liverpool. At the 2001 Census, the town had a population of 83,729. By the time of the 2011 census Birkenhead had become an electoral ward of the Local Authority called Birkenhead and Tranmere. The total population of this ward taken at the 2011 Census was 15,879. Birkenhead is perhaps best known as a centre for ship building, as a seaport and its related industries. 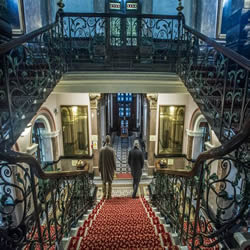