If you're looking for a reliable moving service in Rotherham then your search is over! Van Man Hire are proud to provide a professional, fully insured and low-cost moving service to the people of Rotherham and surrounding areas.

Unlike the larger moving companies such as Pickfords and Britannia, using Van Man Hire for your removals service in Rotherham often works out half the price of what you would have paid with them. Click the prices links from our menus for a detailed list of our pricing structure and then compare them with the bigger removal companies to know for certain that Van Man Hire is the best choice!

Although there were Iron Age and Roman settlements in the area covered by the town, Rotherham was not founded until the early Middle Ages. Its name is from Old English ham 'homestead, estate', meaning 'homestead on the river Rother'. It established itself as a key Saxon market town, lying on a Roman road near a forded part of the River Don.

By the late Saxon period, Rotherham was at the centre of a large parish on both sides of the River Don. Following the Norman Conquest, an absentee lord, Nigel Fossard, was put in place. His successors the De Vescis rarely visited the town and did not build a castle or contribute to the town's civic life, but maintained a Friday market and a fair. In the mid 13th century, John de Vesci and Ralph de Tili gave all their possessions in Rotherham to Rufford Abbey. The monks collected tithes from the town and gained rights to an additional market day on Monday and to extend the annual fair from two to three days.

The townsmen of Rotherham formed the "Greaves of Our Lady's Light", an organisation which worked with the town's three guilds. It was suppressed in 1547 but revived in 1584 as the Feoffees of the Common Lands of Rotherham, and remains in existence.

In the 1480s the Rotherham-born Archbishop of York, Thomas Rotherham, instigated the building of The College of Jesus to rival the colleges of Cambridge and Oxford. It was the first brick building in what is now South Yorkshire and taught theology, singing, grammar and writing.

Rotherham was affected by the floods in the summer of 2007, which brought disruption to the town, closed roads, schools, the local transport system and damaged personal and commercial property. The Parkgate Shopping centre was flooded, with shops suffering damage and losing stock. Ulley Reservoir caused major concern when its dam showed signs of structural damage, threatening to break and release the water into Canklow, Catcliffe, Treeton, Whiston areas and an electrical sub-station serving Sheffield. Rother FM evacuated its studios in the danger area, causing its sister station, Trax FM, to broadcast on the Rother FM frequency. Fire service and police officers used thirteen high-powered pumps to lower the water level in the reservoir and reduce pressure on the dam wall, which was damaged but held. By summer 2008, the reservoir and surrounding country park reopened.

A new wetland and flood storage area, Centenary Washlands, has since been built by Rotherham Council and the Environment Agency to prevent flooding in the future. Sheffield Wildlife Trust manages the site as a local nature reserve.

Rotherham is a large town in South Yorkshire, which together with its surrounding settlements form the Metropolitan Borough of Rotherham, with an estimated population of 257,800 in 2011. Historically within the West Riding of Yorkshire, it lies on the River Don, at its confluence with the River Rother, between Sheffield and Doncaster. Rotherham is 6 miles (10 km) from Sheffield City Centre and forms part of the Sheffield urban area. 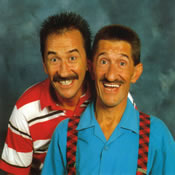